Fun can be found in the city at the center of the Idaho Panhandle in Coeur d’Alene, Idaho.  The Lake City, the sparkling jewel of the Gem State, is always a whirl of activity including art shows, festivals, concerts and outdoor fun. Coeur d’Alene is the county seat of Kootenai County and is the sixth largest city in the state. Located at the junction of Interstate 90 and U.S. 95, Coeur d’Alene is bound on the south by Lake Coeur d’Alene, known as one of the world’s most beautiful lakes, which extends 25 miles to the south and has 109 miles of shoreline. The lake serves as the major attraction for downtown. With public beaches, parks, docks and boat launches, it is easily accessible for swimming, boating, picnicking and water-related sports.

The city’s most scenic views are seen from the world’s longest floating boardwalk (at The Coeur d’Alene Resort), Tubb’s Hill (the trail head is where Third Street meets the lake), McEuen Park and Dog Park or Coeur d’Alene City Park. McEuen Park and Dog Park is a Lakeside park with recreation trails, a large playground with a splash pad & an off-leash dog area.  City Park features a 6,000 square foot wooden play structure and public swimming beach with lifeguards on duty during summer months.

Downtown Coeur d’Alene also plays host to a multitude of events year round including art and music walks, street fairs, festivals and parades. For over a hundred years, locals and visitors alike have enjoyed shopping downtown because of the friendly service, immense selection, and unique lakeside atmosphere for which downtown Coeur d’Alene has become famous. Stroll down Sherman Avenue’s small town main street and you’ll find specialty shops of every type including jewelers, clothiers, antique shops, and art galleries. You can easily spend a day walking around downtown Coeur d’Alene with the added attraction of Lake Coeur d’Alene in a stone’s throw.

At the west entrance to Coeur d’Alene is Riverstone, a true “live, work and walk” development on the Spokane River that includes a city park, dining, shopping and entertainment venues and condo’s for sale.

Jodi Counts has been a REALTOR in Idaho and Washington State since 2007. She can help you make your move a positive experience. If you're a first time homebuyer, seller or an experienced investor, she will help you choose the right property, make the right offer, sell your home, negotiating, financing, moving and everything involved in making an informed real estate decision in today's market.

Let me keep you in the loop :)

Get fun, upcoming events and real estate news delivered to your inbox weekly! 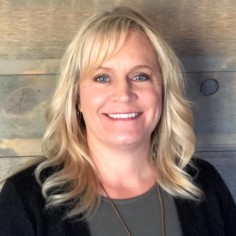 Connect with Me on:

IDX information is provided exclusively for consumers personal, non-commercial use, and may not be usedor any purpose other than to identify prospective properties consumers may be interested in purchasing. Information is from sources deemed reliable but is not guaranteed. Prospective buyers should verify information independently. privacy policy